1 unbelievable trick to create an easy to consume API in .NET

Creating a service for unknown technology is usually painful. Sorry, “service” is an unpopular world, nowadays we call it an API. For a few years, everybody says: let’s create some REST service. Cool, flexible and uneasy to consume. Exactly uneasy - it is not a mistake, uneasy is a correct word.

Last week I was on hackathon in Berlin: Collabothon 2016. In my team we want to create following parts:

First of all, we needed a facade to create a connection between iOS and .NET. First thought: let’s create REST service. But how to create a client in Swift 3.0?

Swagger and Swashbuckle to the rescue

Swagger is a simple yet powerful representation of your RESTful API. With the largest ecosystem of API tooling on the planet, thousands of developers are supporting Swagger in almost every modern programming language and deployment environment. With a Swagger-enabled API, you get interactive documentation, client SDK generation, and discoverability.

Swashbuckle seamlessly adds a Swagger to WebApi projects. It is a NuGet package for .NET projects:)

Just install it with

Enter F5 in Visual Studio and enter following URL (be careful with a port number): 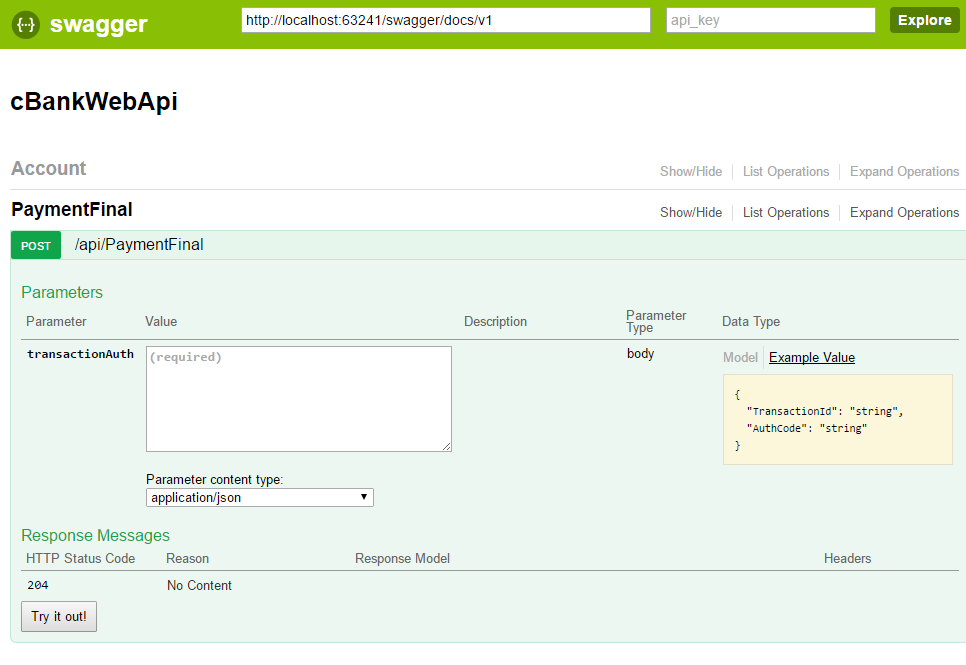 What about a client?

It is super easy. For actual version download command is:

To generate a client, You will need Java and just type:

Sources and more instructions can be found on https://github.com/swagger-api/swagger-codegen.

But for today swagger-cli doesn’t support Swift 3.0. It has only a few weeks and has breaking changes with Swift 2.0 :/ But there is a cool guy Hexelon on Github: https://github.com/hexelon/swagger-codegen He is preparing a pull request to the main repository. Because building a swagger-cli is super easy, so we used his work already. Just clone his git repository and run:

Where can I read more?

Just look on http://swagger.io/. A lot of examples and tools are ready to use.

Your Integrated Development Environment(IDE) is Your main tool. Anything that can make it better is worth of trying :) Nowadays we are using usually more than one IDE. For example Visual Studio for...

Do you have a big and heavy solution? Do you want to split it? Are you afraid? I will try to help. Be for we start we should answer a few questions. Why should I split? Before I show how to split...

How to split monolith solution - part 2 - find the seams

In the first part How to split monolith solution - part 1: common myths I wrote about common myths. In this post I will try to find the “seams” to cut, using the Visual Studio and the ReSharper. Le...

Did you PLAN this?