It is great for developers because their life is easier. The only question is how to run such build in VSTS without multiple hacks.

The article is based on VSTS, but as I know it can be applied the same way in TeamCity, Jenkins and other CI tools.

VSTS supports npm, gulp and grunt task. Simple drag&drop. But for example, Angular has it own CLI. The suggested build command is

To run the custom command in VSTS we can create command line task for Windows agent or batch script if you are on Linux. The example command is:

Above assume that in package.json we will have saved proper CLI as dev dependency. According to above, the task will have below definition.

Of course on Linux agent change slash to backslash. If you are confused about slash and backslash, it is easy to remember with Slash pictures ;) 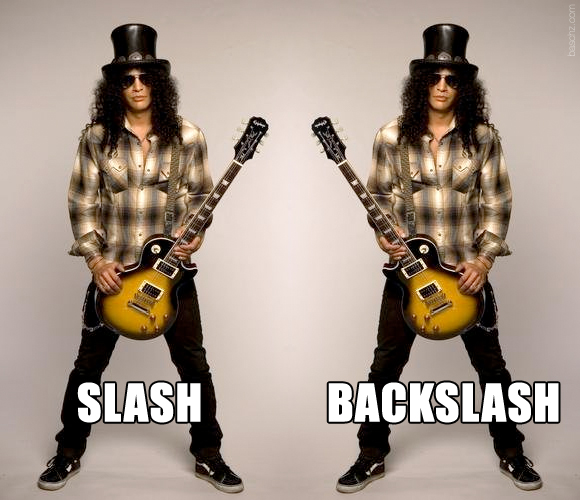 First success. The above script is working. Thu build logs are ugly but who cares. But can we do it better?

Instead of running command line, we can put a build command into package.json file. Moreover, most nowadays templates contain it already. For example, after we create a project from Angular template we have got

To be precise we can run build using:

Which is equal to above ng build. Of course, we can add options like in the original command. To use custom arguments when executing scripts, but you need to prepend them with --. For example, to build production environment we run:

Which is exactly same as the original command ng bulid --env=prod. The npm command looks, in my opinion, more ugly but it is more CI friendly. Using it has an unexpected bonus. We can forget about slash and backslash configuration, and run the same build definition on Windows and Linux agent.

In the VSTS we can choose npm task and apply arguments like below.

To sum up. If we decide to wrap framework command line interface with npm scripts, the build process is a piece of cake and logs looks much more human-friendly.

If you have a better idea or have some doubts, please let me know.

I know that title sound ridiculous, but you know in IT sometimes strange things just happen. In my case was migrating agents from Windows to Linux, and I want to have compatibility between them. Y...

How to deploy & warm-up an application in Azure using VSTS

Disclaimer This article was also published on my company blog. You can read it in Polish and in English on FinAi blog. This article is based on Umbraco site deployment, but I’m sure that it will f...

VSTS and install templates - The Good, the Bad and the Ugly

If you read my blog post about deploy &amp; warm-up application in Azure, you probably remember below definition. If not you can do it now ;) It is simple, clean and easy to understand. Almost p...

How to deploy & warm-up an application in Azure using VSTS