Running Ubuntu apps on Windows is now a piece of cake. We just need to setup Ubuntu (with Bash) on Windows using Insider Preview Build in few simple steps.

If you aren't a Windows Insider, this is the first step. Go to https://insider.windows.com/ and Get Started.
Bash on windows is still available only on builds for Insiders

This step took me more than one week. So be patient :)
First of all open Windows Update on your PC. Press start icon and write Advanced Windows Update options, like below: 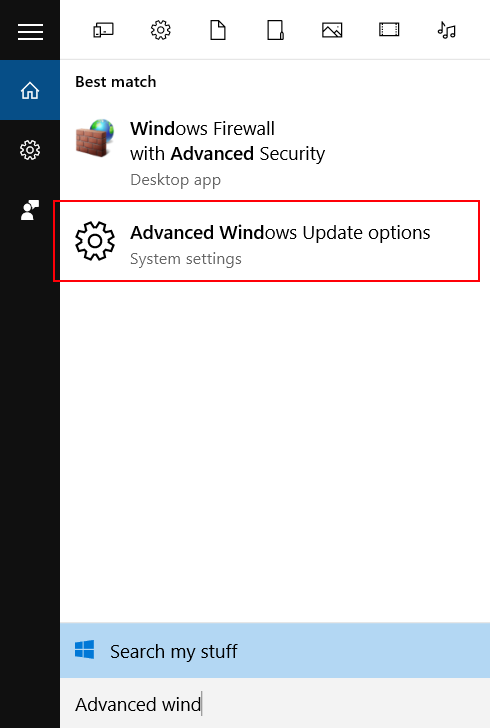 Next step is to setup Fast ring on progress bar marked with the red ellipse on below screenshot. By the way, funny bug on Windows is marked with the green rectangle. I have 100% English windows but fast ring description is in Polish.

This part took on my PC more than 5 days. I manually clicked few times Get Updates but nothing happened. It was day after day like that: 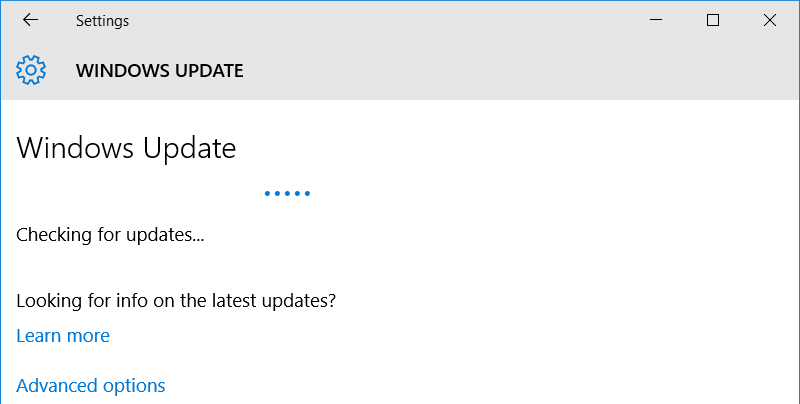 But one day, yesterday, I received the update.

Run _Turn Windows features on or off and select below the checkbox. 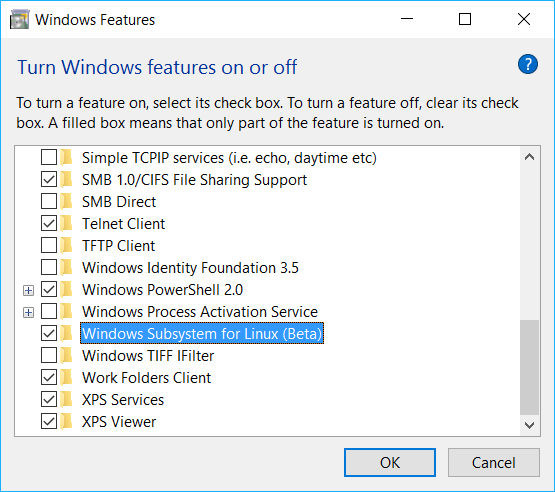 Do restart after installation as setup suggests. Now You are ready to final steps

Search for bash in the start menu. Then run it and say yes to below question: 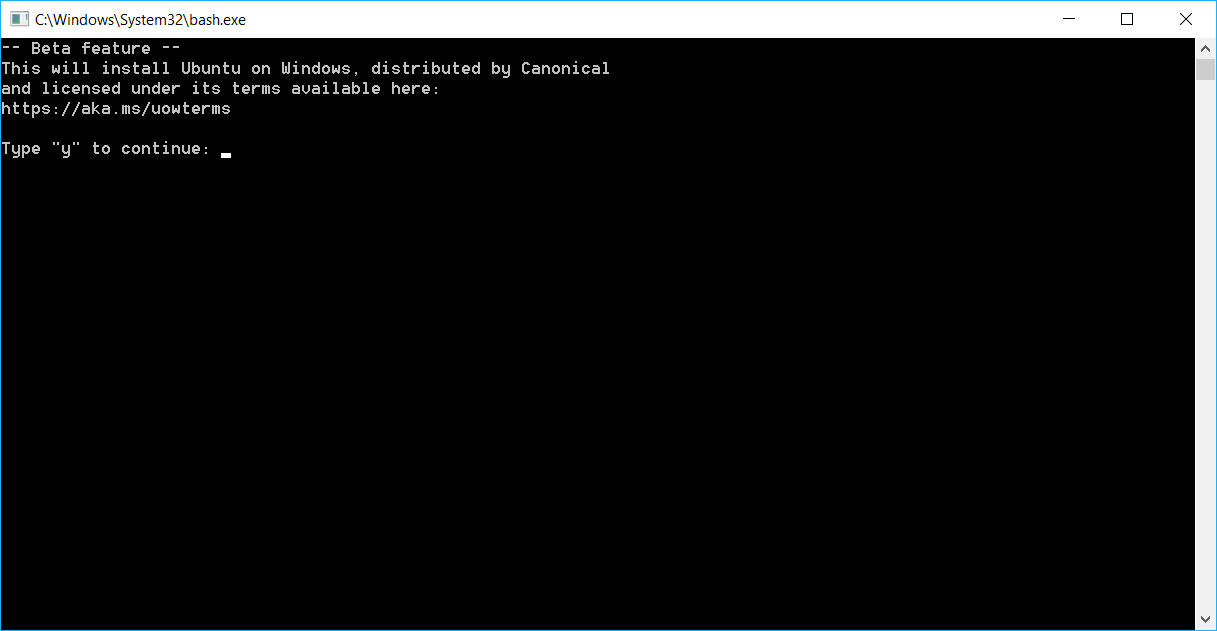 After a few seconds/minutes you will see:

Now difficult part happen. Do You still remember some Linux commands? And be careful with rm /mnt/c -rf/ It isn't a good command for the first time. Even if some tweet suggests it :D

Unfortunate the answer is: no. Kernel must be 3.10 at minimum to run docker on Ubuntu. When we run uname -r the output is 3.4.0+. So it is incompatible. But still you can install and run for example redis or pgsql on native Linux inside Windows.

How does it work?

If you are interested how Windows Subsystem for Linux does work there is a very good blog post on MSDN: https://blogs.msdn.microsoft.com/wsl/2016/04/22/windows-subsystem-for-linux-overview/

Do you have a big and heavy solution? Do you want to split it? Are you afraid? I will…

ReAttach - how to easily (re)attach the debugger in Visual Studio